Regression analysis, a common method of attempting to demonstrate racial and gender discrimination in hiring and other contexts, suffers from a number of shortcomings that invariably cast doubt on any incriminating results it produces. Most notably, regression models may fail to account for variables which correlate both with legitimate goals of a decisionmaker and with race/gender categories. In this article, Professors Ayres and Waldfogel offer an alternative method of measuring discrimination that overcomes the limitations of traditional regression tests. The authors present a market- based test of unjustified disparate impact using data from the bail bond market in New Haven, Connecticut, to demonstrate that New Haven courts systematically “overdeter” black and male Hispanic defendants from fleeing after release on bail by setting bail at seemingly unjustified high levels for these groups. Professors Ayres and Waldfogel discuss the validity of the assumptions underlying their model, and of possible nondiscriminatory explanations for their finding of disparate impact. They also offer suggestions for application of their methodology in contexts other than bail setting.

I. A THEORY OF BOND DEALERS, DEFENDANTS, AND COURT BEHAVIOR 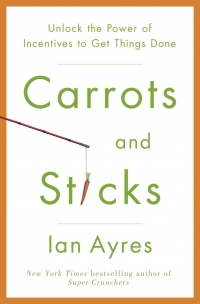 Buy The Book from:
Amazon • Barnes & Noble
Borders • IndieBound • Others